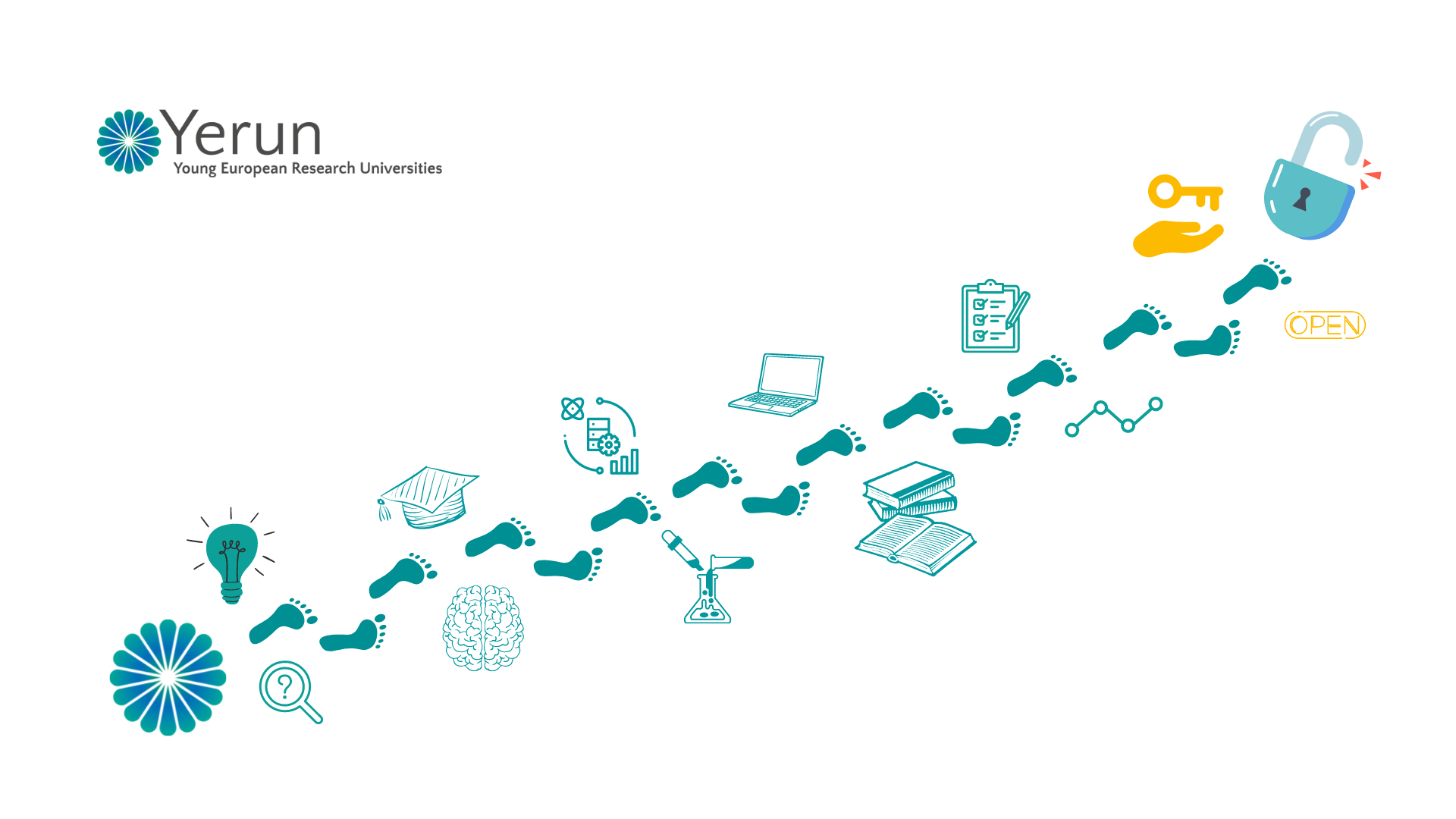 Open Science has been a priority for YERUN and its members since the network’s foundation in 2016. This is a natural evolution of the founding values and topics of interest that brought our members together, which are in line with the ideas of openness, collaboration and partnership.

From 2016 until 2021, the YERUN Open Science Working Group laid the foundation of a common understanding of Open Science among the members and allowed to position the network on key developments that were taking place in those years in the Open Science world.

Back in early 2018, YERUN adopted a Statement on Open Science. As a follow up of the statement, the YERUN Working Group on Open Science aimed at sharing the progress of member universities towards the implementation of the different aspects of Open Science. The sharing of best practices allowed YERUN to collect at different occasions the state of play of such implementation, providing examples that have been helpful to inspire each other.

Those early years were also characterised by a strong involvement in the developments of Plan S, as shown by the YERUN Position Statement on Plan S (October 2018) and by the YERUN Response to the Guidance on Implementation of Plan S (February 2019).

Since the launch of the YERUN Strategy 2021-2025, the new YERUN ad group on Open Science has continued with a much more “hands-on” approach: the group is working in the active promotion of the sharing of knowledge, training and strategies to advance in the implementation of Open Science.

In November 2021 YERUN piloted its Open Science Awards, a scheme that awards initiatives implemented by the researchers and/or support staff from YERUN institutions with the objective to raise awareness about Open Science and inspire others to initiative their journey towards openness. The awards ceremony took place on 14 February 2022, under the theme “we love Open Science”, and with a great keynote speech by the former Head of Unit on Open Science in DG RTD, Mr. Kostas Glinos. This year, a second call will be launched in November. Stay tuned!

In December 2021 YERUN also launched its Open Science Advent Calendar, an interactive and fun activity that involved the wider international community in a playful game whereby every day was dedicated to busting a myth about Open Science, until the advent of Open Science is finally reached. The initiative, which was strongly inspired by YERUN member Paris Dauphine-PSL, will be reiterated this year.

In March 2022, YERUN has endorsed the Diamond Access Action Plan presented on 2 March by Science Europe, cOAlition S, OPERAS, and the French National Research Agency (ANR). As a follow-up, in June an online event dedicated to “Diamond Open Access: how can we make it shine?” was organised by YERUN to contribute to raising awareness on this yet underexploited publishing format.

Since September 2022, YERUN is also partner in the Open Universal Science (OPUS) project. The project, which is led by PLOCAN and involves also three YERUN member universities (University of Cyprus, NOVA University Lisbon and University of Rijeka) will develop coordination and support measures to reform the assessment of research and researchers at Research Performing Organisations (RPOs) and Research Funding Organisations (RFOs) towards a system that incentivises and rewards researchers to practise Open Science. YERUN is also the leader of OPUS’ Work Package 4, which will start in March 2023 with a two-fold objective. On the one hand, it will test interventions, indicators and metrics to monitor and drive Open Science via action plans in 5 pilot organisations. On the other hand, it will conduct Mutual Learning Exercises to support and reflect on the pilots. The project aims to complement on a practical level that takes into account the reality on the ground, YERUN’s work on the reform of research assessment.

In the future, YERUN will continue to work on the above-mentioned activities, playing its role in raising awareness on the need for good and Open Science while also giving visibility to inspiring practices from the network. At the same time, it will also continue with the good old peer-learning approach, namely facilitating that members can count on a trustworthy community where they can share good practices but also challenges and obstacles they encounter along the way. As part of this endeavour, YERUN has set up a dedicated page on its website where all the resources from the members relating to Open Access institutional repositories, Open Educational Resources, Data Collections, Research Portals, Open Science Policies and Open Science training material are collected.

If you are curious about what will come up next, we strongly encourage you to stay tuned, and most of all, stay open!