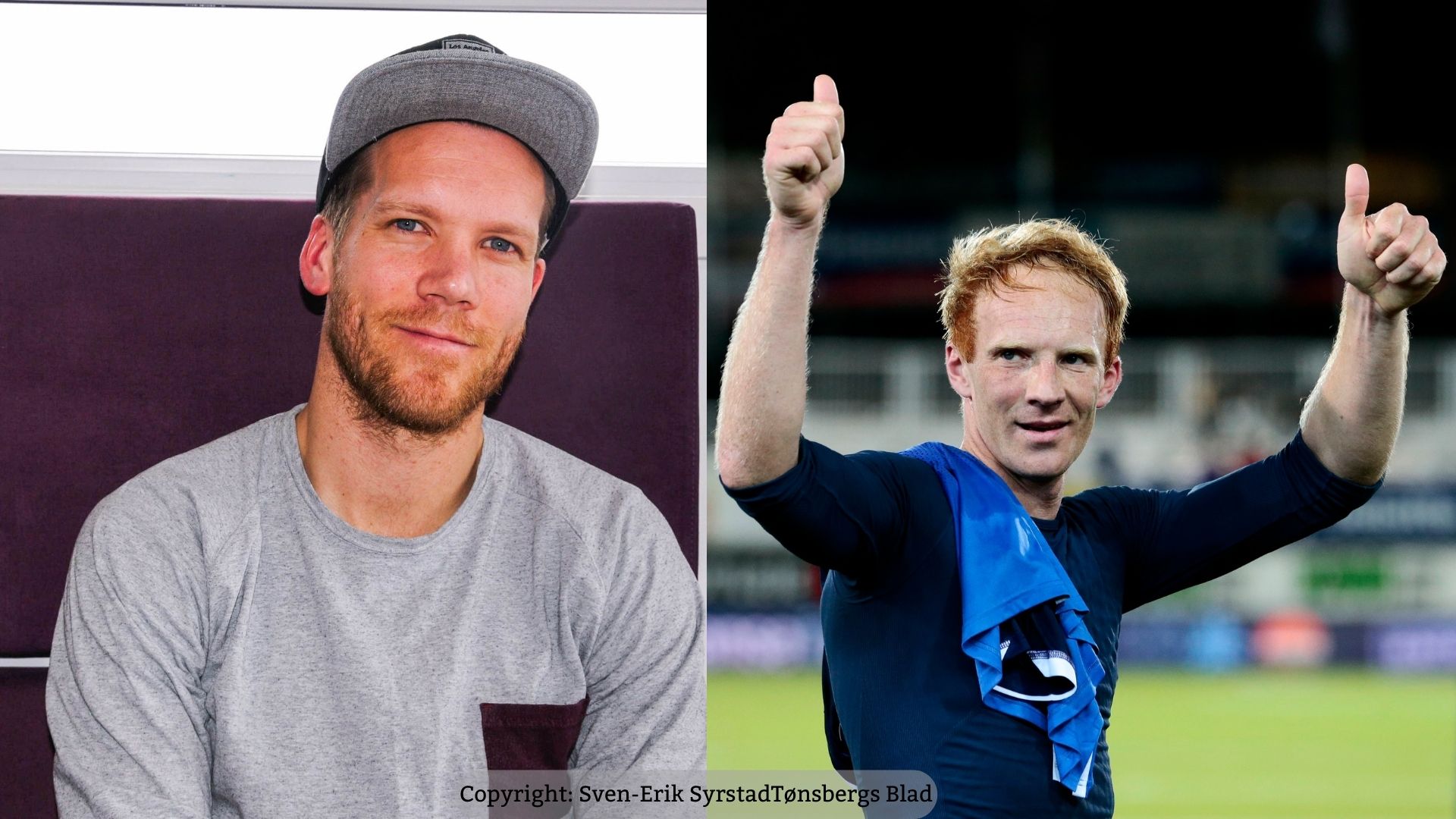 After more than a twenty year-long career as professional football-players, Péter Kovács and Lars Grorud are enrolled as full-time students at the University of South-Eastern Norway. They have a few good advices for adults who are considering to enrol in a university.

Finally becoming a student when you have reached a certain age might seem like a distant and strange idea for many people.  However, remember that it is never too late to strengthen your skills!

Admission to higher education might open up new opportunities for the unemployed, or for people who for different reasons are searching for a new career. Age is not necessarily an obstacle.

Just look at the “retired” football players Lars Grorud, aged 37, and Péter Kovács, who recently turned 43. They both live in the small Norwegian coastal town of Tønsberg, and they are both studying for a Bachelor degree at the University of South-Eastern Norway (USN).

– Gaining new skills and knowledge, and challenging yourself, is fun! Most students in my class are younger than me, yet a small group of well-grown adults are enrolled in the programme. We might be looked upon as “older”, but that is fine, says Grorud.

– I was a bit nervous before I started, but I met a great study environment with talented teachers at USN. I can recommend others in my age or older just to put any obstacles aside and start studying, says Kovács.

USN offers more than 300 study programmes – full-time, part-time bachelor and master courses, both on-campus as well as online teaching, eight doctoral programmes and several postgraduate courses. A package of tailor-made programmes and tuition-free courses adapted to unemployed people as well as employees who are looking to expand their horizon is also developed.

Make a plan for yourself!

Lars Grorud started studying for a Bachelor in physical education, nutrition and health last autumn while he was still an active football-player in Sandefjord Football club. USN makes it possible for top athletes to study at the same time as they are pursuing a sporting career. The athlete programme is developed in collaboration between USN and Olympiatoppen. Olympiatoppen is an organisation that is part of Norwegian Olympic and Paralympic Committee and Confederation of Sports with responsibility for training Norwegian elite sport.

-USN offers great premises for top athletes who would like to pursue higher education during their sporting careers. If I had come to known this earlier, I would have started studying while still being an active football player. That would have been awesome, says Grorud, who was seen as an uncompromising and physically strong centre-back in the Norwegian elite football clubs.

Grorud started his career more than 20 years ago and played in several Norwegian top clubs before he resigned in December last year. He is now completing his Bachelor as a full-time student at Campus Vestfold.

– Studying as a more mature adult requires a lot of personal effort. Establishing good routines from day one, when you are combining studies with family life is important. However, I am now able to better understand how to make practical use of theories, and this is a huge advantage for my motivation to continue. I have a personal plan for my future and I know how I would like to make use of my skills, says Grorud, who envisions working with sports, preferably with young and hungry footballers.

Péter Kovács can also look back on a long and fast-paced football career. The Hungarian right-footed striker is league champion and top scorer in the Norwegian Elite cup as well as in several clubs in his home country, Finland and Belgium.

In 2017, his football boots were finally put on the shelf. Today, he combines the life as a full-time student with family and a coaching job in top football at Re upper secondary school. At the same time, he coaches the women’s team in Sandefjord Football club.

Demands for higher competence at work means that Kovács is now taking a Bachelor in physical education and sports at Campus Notodden.

–  Days are busy and there is a lot of commuting. But I thrive and I manage to schedule my time. It requires good planning. Still, there is a certain flexibility. In my programme, we also have separate study weeks where we work more independently, while May and June are exam periods, says Kovács.

To other adults who are considering a new career or who want to upgrade their skills, he says:

– Just get started! Everyone can find a course that suits them and USN has many different options for those who are on the search!