Citizen participation in the EU: Proposals in the framework of a deliberative forum. 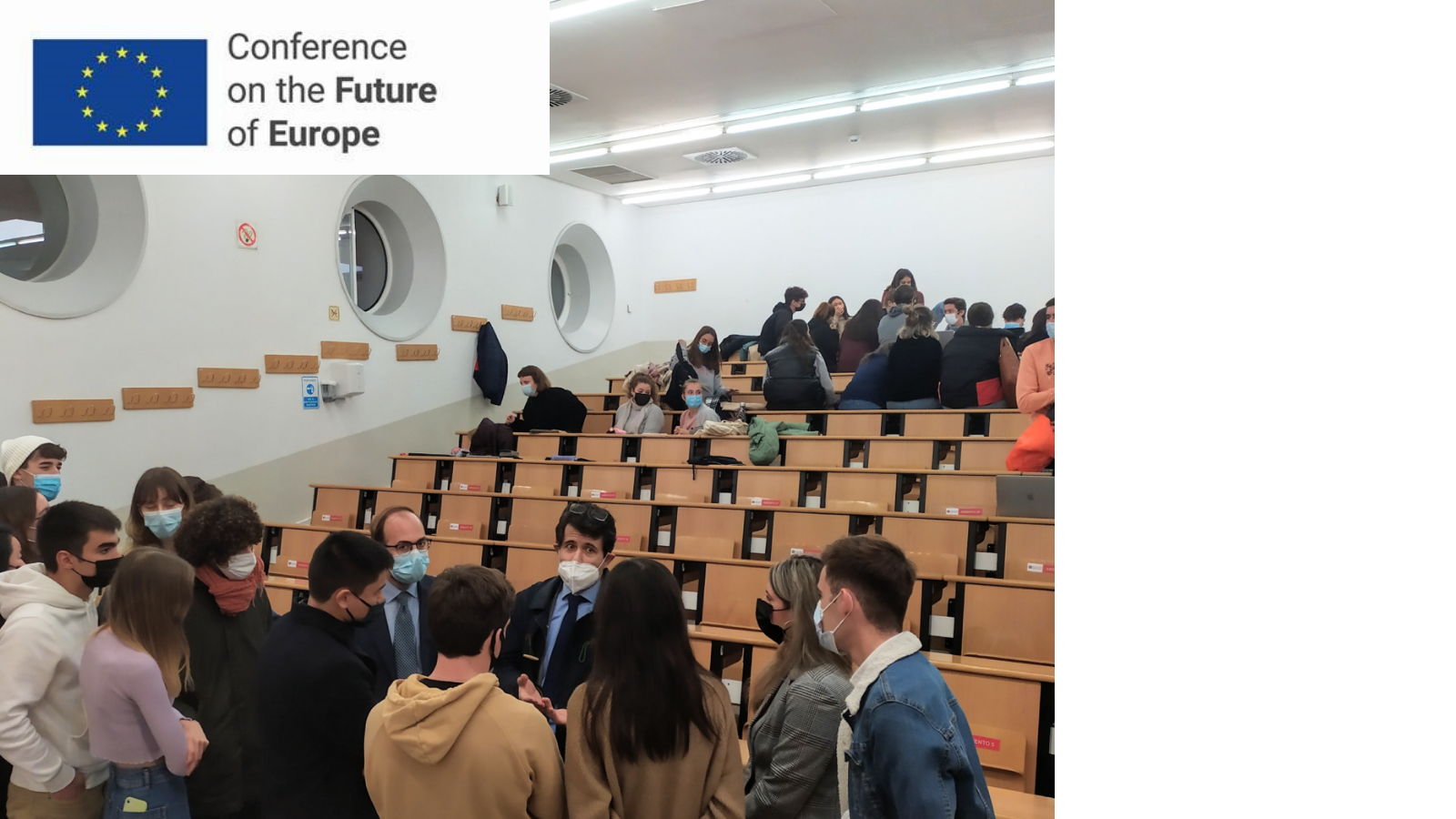 UAM organized a deliberative forum focused on discussing mechanisms and strategies for citizen participation in the European Union (EU) in the context of the Conference on the Future of Europe (CoFE) and with the collaboration of the government of the region of Madrid. The COFE aimed at involving citizens in a debate with the representatives of the EU institutions for a period of two years (2020-22) to strengthen the links between the European citizens and the EU institutions. The idea of a deliberative forum is to facilitate the formation of informed opinions, to give voice to minorities, and to foster the search of the general interest by a group that is representative of society as a whole.

The panel was coordinated by professors Elena García Guitián and Luis Bouza, coordinators of OPEN-EU debate (Jean Monnet Network) and was targeted to students of different degrees of the UAM and open to the public. The event consisted of round tables in which the courses that covered contents related to deliberative democracy, citizen participation and EU politics were presented. This was followed by a panel of experts that presented the different citizen participation mechanisms in the EU. After an exchange between the experts and the audience, the attendants worked in groups to elaborate proposals on how to improve the quality of democracy in the European Union. Some of the proposals that emerged from this forum were:

Allowing spaces for debate inside and outside the classroom enables the generation of ideas that favor the feeling of European citizenship and identity. After this forum’s experience, the UAM, in collaboration with the Community of Madrid, has started a series of conferences on the European Union.