A journey through UC3M’s actions to fosters dissemination of knowledge 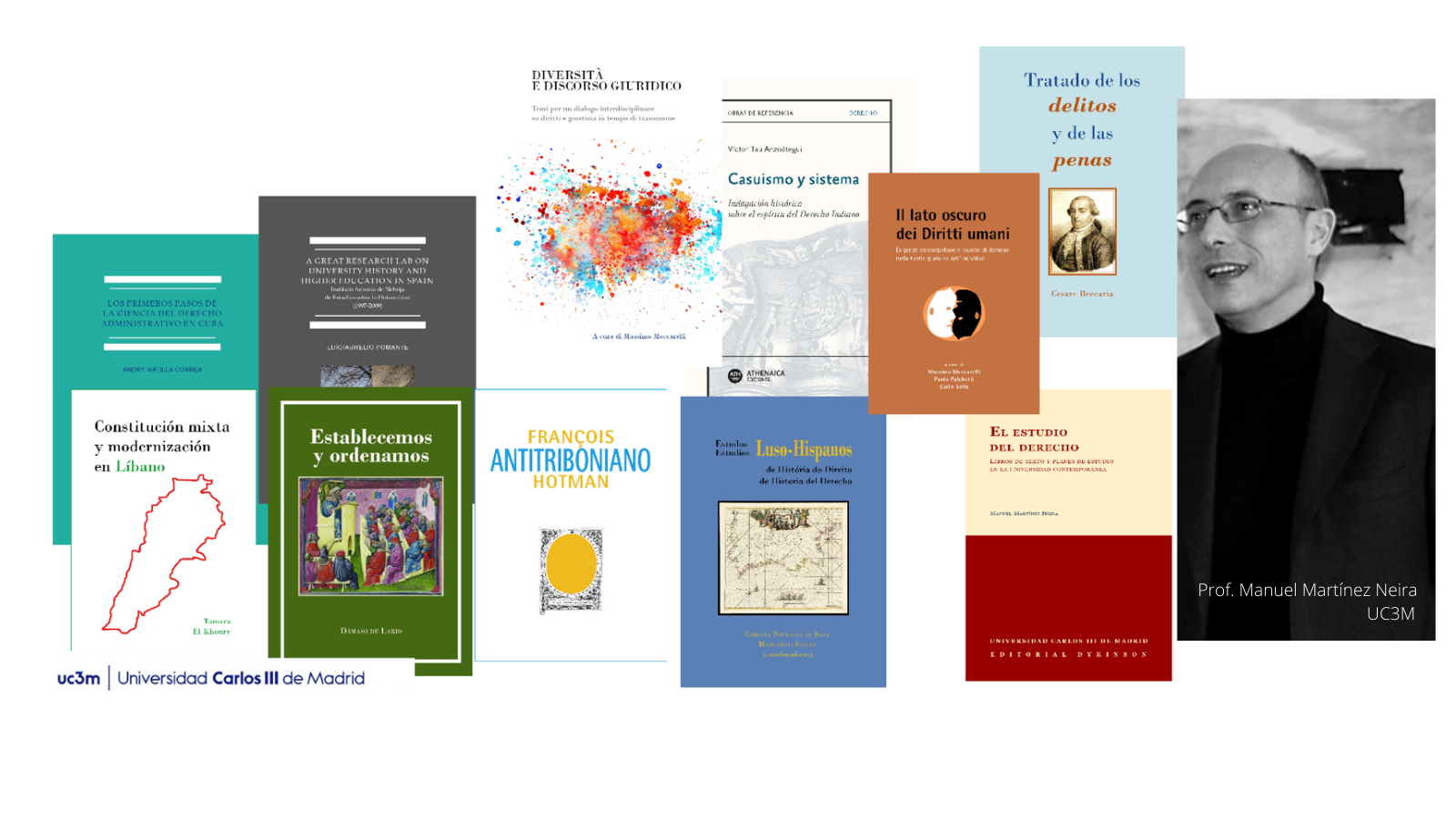 Since 2007, the Universidad Carlos III de Madrid (UC3M) has developed various actions to promote OA to research results among its researchers, thus promoting the public commitment to disseminate the research developed in the institution and involve the public in its objectives.

At that time, Prof. Manuel Martinez Neira was directing a collection on the History of Science and Universities and was editor of a journal on the same subject that was being published through the traditional print, distribution and exchange channels. In line with these objectives, that year they began to offer the publications Open Access, in the UC3M institutional repository, e-Archivo, where the PDFs of the edited books and journal articles were deposited. The aim was to make better use of public resources by allowing global and free dissemination of research results.

That year, the first issue of the CIAN journal also appeared on the OJS platform, which allowed to improve transparency and evaluation procedures.

In 2008, the first book in the “History of Universities” collection, number 16, was published under the Creative Commons license. The reduction in production costs due to the transition to open digital publishing allowed to start a new monographic collection of “History of Law”, the first issue of which was published in 2009.

In 2009 they started a Digital Humanities project: “Diccionario de catedráticos españoles de derecho”: a database Open Access that allows the dissemination of research aimed at the better knowledge of the legal science of contemporary Spain. This initiative is part of the European Network on Digital Academic History (Heloise). After more than 10 years, in 2021 the content of this project has been migrated to a new platform with greater features, OmekaS.

In 2014 the “History of Law” and “History of Universities” collections became part of the DOAB, UC3M being the first Spanish university to participate in it.

As of 2018, the datasets related to the monograph series and Digital Humanities projects were published openly in the UC3M data repository: e-cienciaDatos.

What has the initiative achieved so far?

UC3M currently has 166 monographs collected in DOAB. The interest aroused by the initiative has made it possible to collaborate with other groups at the University. This collaboration has given rise to a collection of monographs on “Conflict Resolution” ; another on Social Sciences and Humanities ; an important manual on Economic Criminal Law; works on Labor Law; Fundamental Rights; Globalization; Entrepreneurship. If one adds these volumes and the 24 that have appeared from the journal CIAN, there are more than 200 books that have been downloaded by almost five million users so far. One of these titles, Beccaria’s classic work, has had close to half a million users, indicating that its use has transcended academia to interest the general public.

These collections have become a point of reference for those interested in these arguments. As a result, a large group of researchers from Argentina, Brazil, France, Germany, Italy, Mexico, Peru, Portugal, Switzerland and other countries have relied on this initiative to publish the results of their research. In this way, they seek greater dissemination of their works, to be able to use them in teaching without rights problems, greater impact of the research, speed of transmission. Prof. Martinez Neira is very pleased to see that these collections have served as ambassadors of OA in the area of law and have taught many researchers the usefulness of publishing datasets related to their research.

The open dissemination of research results (publications and data) has made it possible to achieve other objectives: to facilitate the use of quality, up-to-date bibliography in the classroom; to create global networks of researchers; to help universities in developing countries to offer better bibliographic resources; and to shorten the time required for the circulation of new scientific knowledge. On the other hand, the Digital Humanities projects have also been great means to contribute to OS by making research results available on more visual platforms, with various search options, geolocation, CC licenses, etc. and with calls for contributions from anyone who wants to contribute information. Among the lessons learnt, Prof. Martinez Neira points out that he has discovered a whole new way of doing and disseminating his work. In these endeavours, collaboration with the Library Service of the UC3M has been essential to learn about new platforms, licenses, developments, etc. and to work as a team.

How FAIR (Findable, Accessible, Interoperable and Reproducible) is the practice?

The platforms used provide persistent identifiers for their records: e-Archivo (Handle System) and e-cienciaDatos and OJS (DOIs). In addition, all authors are recommended to include the ORCID identifier in their publications and conveniently mention the research projects they have received from their funders. These repositories (e-Archivo and e-cienciaDatos) have standardized metadata, which are harvested by national and international aggregators, and their positioning in search engines such as Google is very high. The datasets deposited in e-cienciaDatos are FAIR: they have DOI, include an explanatory readme.txt file, standardized metadata, etc. All these initiatives can be replicated by other researchers and/or research groups.

How will the YERUN Open Science Award be used to take the practice forward?

The award will help the winners to promote Open Science among other groups of researchers in the Humanities and Social Sciences at UC3M, especially among young researchers. It is essential that new researchers begin their research activity immersed in Open Science and for this it is vital to carry out dissemination and training activities. A current challenge is the financing of open publishing. UC3M has a commercial partner, Editorial Dykinson, which occupies a relevant position in the ranking of Humanities and Social Sciences publishers in Spain. All publications are Open Access and the publisher reserves the right to print on demand. In order to make this solution financially possible, a co-financing of the book production is necessary. The amount of the prize will allow the winners to tackle various pending projects: formalizing the collections of Labor Law and Commercial Law; starting a Digital Humanities project on the legal press in Spanish and Portuguese languages, which would allow them to study the circulation between Africa, America, Asia and Europe. In addition, young researchers often face serious problems in financing the publication of their research results and therefore they can receive support.

Prof. Manuel Martínez Neira teaches History of Law at Universidad Carlos III de Madrid where he directs two collections of monographs on History of Law and History of Universities, two Digital Humanities projects and he has promoted a digital journal (OJS) included in Scopus. Prof. Martínez Neira has been principal investigator of two research projects. He has supervised four doctoral theses. Since 2007 he is committed to the promotion of Open Access through the University repository (e-Archivo); since 2014 through the Directory of Open Access Books (DOAB); and since 2018 in the Madroño data repository (e-cienciaDatos). His publications are available in Open Access in the institutional repository e-Archivo.