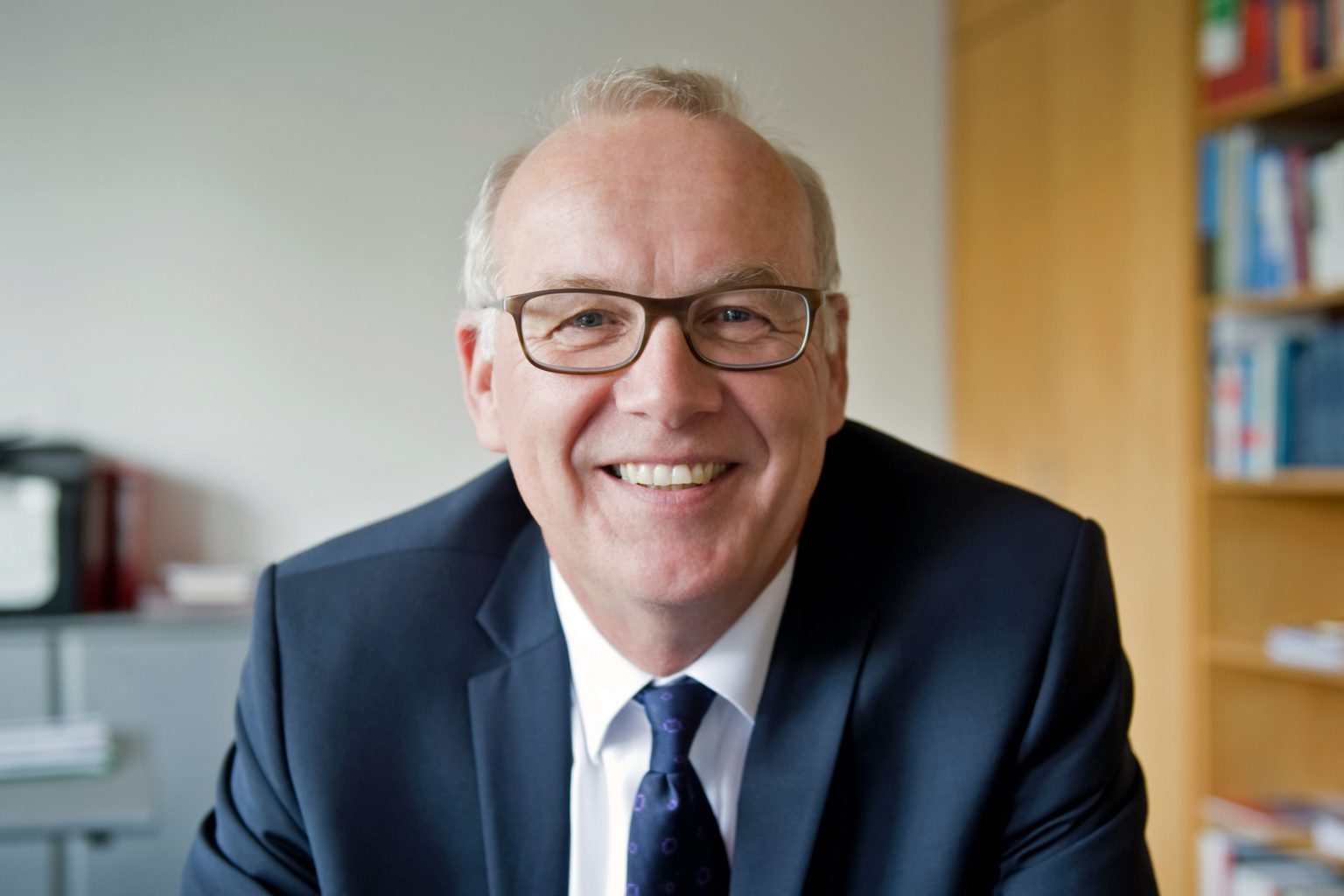 The YERUN President, and Rector of the University of Bremen, Professor Bernd Scholz-Reiter, was recently interviewed by the Croatian magazine ‘Vox Academiae’, which is a special supplement to regional newspaper Novi list Daily, dedicated to higher education, science, and arts. The 39th issue of the magazine featuring the interview was published on Friday 23 April.

1. What was the idea behind YERUN and how did you personally contribute to its founding?

YERUN was founded in 2016 by a group of European universities which had three features in common: they were young (under 50 years of age); they were research-focused; and they had been featured in the young universities ranking. These universities decided to build momentum and create a network, put the ‘young universities’ on the map and make sure that their voice was heard in Europe. This was, and still is, a big novelty in the panorama of universities networks, which tend to be dominated by older, long-established universities. In that sense, YERUN is a trailblazer: our network is the proof that young universities can be as innovative and excellent as the old ones, and that the agility and the flexibility by which they adapt to challenges is really unique. Old and young universities started at different speeds, but I would say that what characterizes young universities is the “degree of acceleration”, which allowed us to get to the same speed of old institutions in record time.

I have personally contributed to YERUN’s foundation because the University of Bremen, which I am Rector of, was one of the founders of YERUN in 2016. When the idea of creating a network of young universities started circulating, I immediately saw a great window of opportunity that I thought should not have been missed. Moreover, I have had the pleasure and the honor of leading as YERUN President for almost two years, starting in September 2019. In this capacity, I have had the opportunity to lead the network in a delicate yet exciting moment of transition, with the launch of the new strategy of the network for the next five years and the beginning of YERUN’s first process of enlargement.

2. In December 2020, YERUN adopted a new Strategy. What are the main areas and priorities in the next five-year period?

Developing a new strategy is not an easy process, but it surely is an exciting one. Even more so, when you have to bring together the ambitions of so many members, located in different geographical contexts! But this is also the beauty of international networks like ours, finding commonalities among the differences and working towards common goals. The new YERUN strategy is the result of a one- year work that was steered by a so-called ‘Taskforce on the Future of YERUN’. In a series of brainstorming sessions, the Taskforce identified what the new areas of cooperation for our network should be in the next five years. The fil rouge of the whole strategy is “Talent”: this is because we are convinced that, regardless of any specific activity our universities work on, our ultimate objective is to encourage talent to thrive at all levels, from the students to the leaders. Therefore, keeping talent in mind, we identified three main areas along which we will deploy our activities.

The first focus area focuses very much on the institutional level and it is called ‘Talent Development’. Here we want to work on new tools that universities develop to encourage talent, such as innovative teaching methods and lifelong learning; we will also look closely at career development and leadership in academia, with a look at how careers are assessed and rewarded. This area focuses very much on the internal work of our universities and how they work in fostering talent.

The second area strongly focuses on the network level and involves a very high degree of collaboration. It is “Open Culture of Excellence”, and this really speaks to one of the main values of YERUN, which is Openness: we will continue our work in Open Science, which has been one of the key priorities of YERUN since its foundation, also with the introduction of a new scheme called “YERUN Open Science Awards”; we will strengthen our members’ collaboration in EU projects; and we will encourage the circulation of knowledge across YERUN through our special programmes such as the YERUN Research Mobility Awards or the YERUN Summer School. All this will be done in an optic of openness but keeping excellence as our guiding criterion.

Last, but not least, the third area is called “Responsible and Engaged Universities” and is an area which focuses on the world outside our institutions and networks, namely on our surrounding communities. How do we engage with our citizens, with other stakeholders, how do we produce societal impact and how do we organise our institutions in a way that they are as inclusive and socially responsible as possible: these are the things we will be looking at here, with a strong willingness to learn from each other.

3. How did the global pandemic and Brexit affect the Network? Has the “new normal” made space for some new opportunities and ideas?

Regarding the pandemic, what we have noticed within YERUN, and which is well explained in our Reflection Paper The World of Higher Education After Covid-19, is the importance of looking at this situation with the eyes of opportunity. Indeed, we are doing our best to catch the chances that the past months have offered us to trigger a positive transformation in the world of higher education to make it more inclusive, flexible and resilient. This also applies to what we teach our students: how we empower them to grow within adversities, to develop their creativity and rise up to unforeseen challenges. The more flexible teaching and learning formats that we are seeing mushrooming since the pandemic started, are a clear example of how this is all changing and accelerating the transition towards what the universities of the future should be.

Regarding Brexit, it goes without saying: having two UK members in YERUN, namely Brunel University London and the University of Essex, we are very saddened by the whole situation. Even more so, since UK entities can no longer participate in the Erasmus programme, but only in Horizon. Having said so, we are also looking forward to new forms of cooperation with our UK partners, as indicated in our public statement published on 8 January. I think that, precisely since we can count less on policymakers and on EU funding for our cooperation with the UK, it is up to the initiatives of the single universities and of networks such as YERUN, to foster any kind of collaboration possible. YERUN will of course do it via its working groups, and through its Awarding schemes and any other idea that might come up in the future.

4. In which aspect do you think UNIRI could contribute the most to the Network?

The University of Rijeka is the first Croatian university to join YERUN. This is for us a very important aspect to consider because it puts YERUN on the map of yet another European country and therefore contributes to increasing the critical mass of our network. Having said so, there are specific aspects of the University of Rijeka that have been for us absolutely crucial in deciding to extend the invitation to UNIRI and for which we are convinced that UNIRI will give a fantastic contribution to YERUN. First of all, UNIRI is a university with a strong and forward-looking female leadership, which is an aspect not yet to be taken for granted in a higher education environment that sees only 24% of women in top academic positions according to European Commission data (She Figures 2018 report). Furthermore, UNIRI has come across as an extremely innovative university, with a strong will to be an active player and a game- changer in the world of higher education. The wealth of initiatives promoted by UNIRI can definitely serve as an inspiration for other members: just to name an example, its community engagement initiatives and collaboration with regional and local actors is definitely something to look at as a good practice. We are convinced that UNIRI can contribute with its experience and intelligence in bringing the network forward in this and many other priorities.

5. What message would you like to convey to UNIRI researchers, teachers, and students?

The world of higher education is changing very rapidly: so many are the drivers of change and the challenges that we are all called to face, as students, as researchers, as teachers, as leaders. And in an ever-interconnected world, challenges need to be always assessed with an international outlook. As a recent YERUN member, the University of Rijeka (and therefore its students, researchers and teachers) has the opportunity to access an arena where to share views and join forces with other young universities to actively shape the world of higher education of the future, one embracing the whole academic community and their surrounding environment. This is why we are very happy to have UNIRI with us in YERUN and we look forward to reaching our ambitious goals with you and the other YERUN partners.

This is the English translation of an original interview published by Vox Academiae in Croatian language on 23 April 2021. To read the original, please click here.