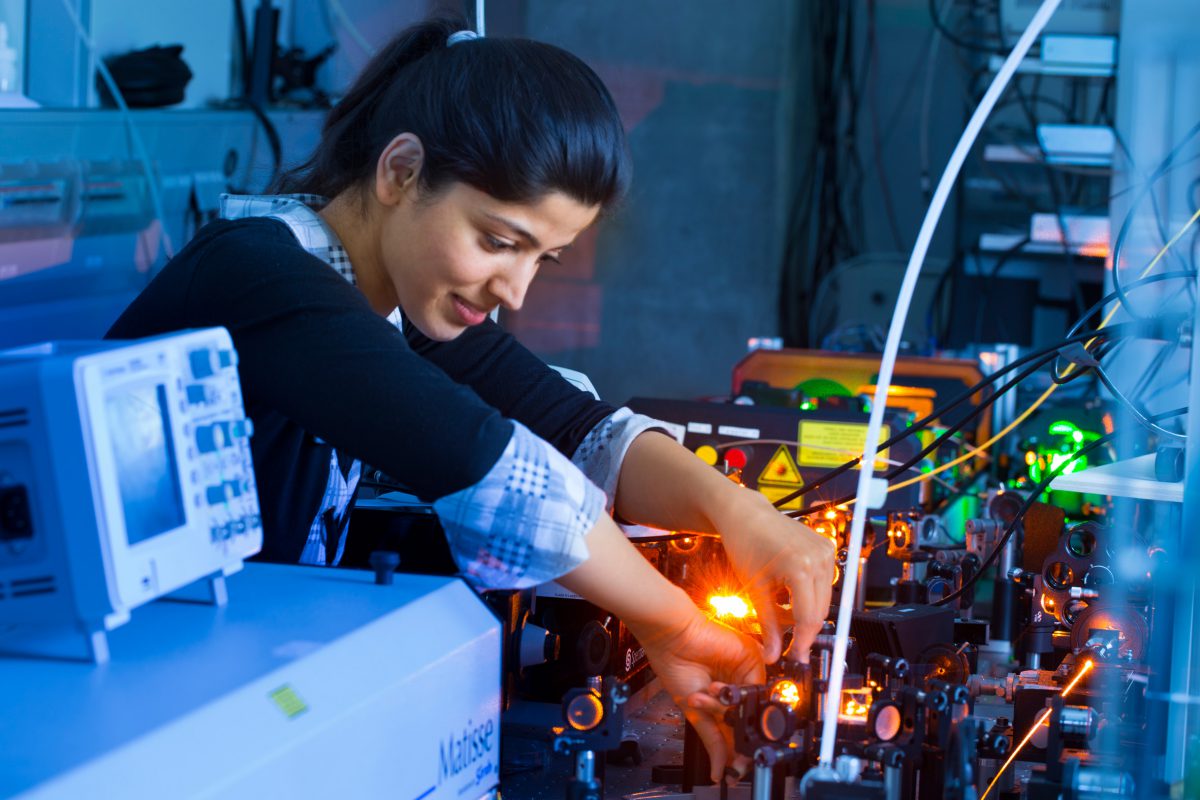 Why are women still underrepresented in STEM-study programmes, despite the fact that career opportunities for engineers, IT specialists and mathematicians are better than ever? Dr Yves Jeanrenaud, guest professor for gender studies at Ulm University, believes that stereotypes like the computer geek and the nerdy scientist keep young women from considering a career in Science, Technology, Engineering and Mathematics (STEM).

Dr Jeanrenaud has recently contributed to the equal opportunities report by the German Federal Government. In his piece Expertise, the sociologist from Ulm University not only emphasises cultural and structural factors affecting the occupational choice of women, he also recommends actions to raise the number of female students and professionals in the STEM sector. In Germany, only 1/6 of the employees in such jobs are female. According to Jeanrenaud, key persons who can arouse young women’s interest in STEM subjects include parents, teachers and of course female role models.

One positive example at Ulm University is Professor Susanne Biundo-Stephan, Director of the Institute of Artificial Intelligence and Gender Equality Officer. Biundo-Stephan, who retires this year, was the first female professor in Ulm University’s Computer Science Department.
On the occasion of the digital “Dies academicus”, a festive event in early March, Professor Biundo-Stephan awarded the first ever “ExzellenziaUlm award for young female scientists” to yet another role model, PD Dr Clair Hartmann. Hartmann, a physician in the Department of Anaesthesiology and Intensive Care Medicine, conducts research on the energy metabolism of circulating immune cells. In addition to her clinical work and residency training, she is also a Principal Investigator (PI) in two major DFG-collaborative projects.

Both of these female role models, Professor Susanne Biundo-Stephan and PD Dr Clair Hartmann, have nothing in common with the computer freaks and nerdy scientists mentioned in Jeanrenaud’s Expertise. For further information click here.