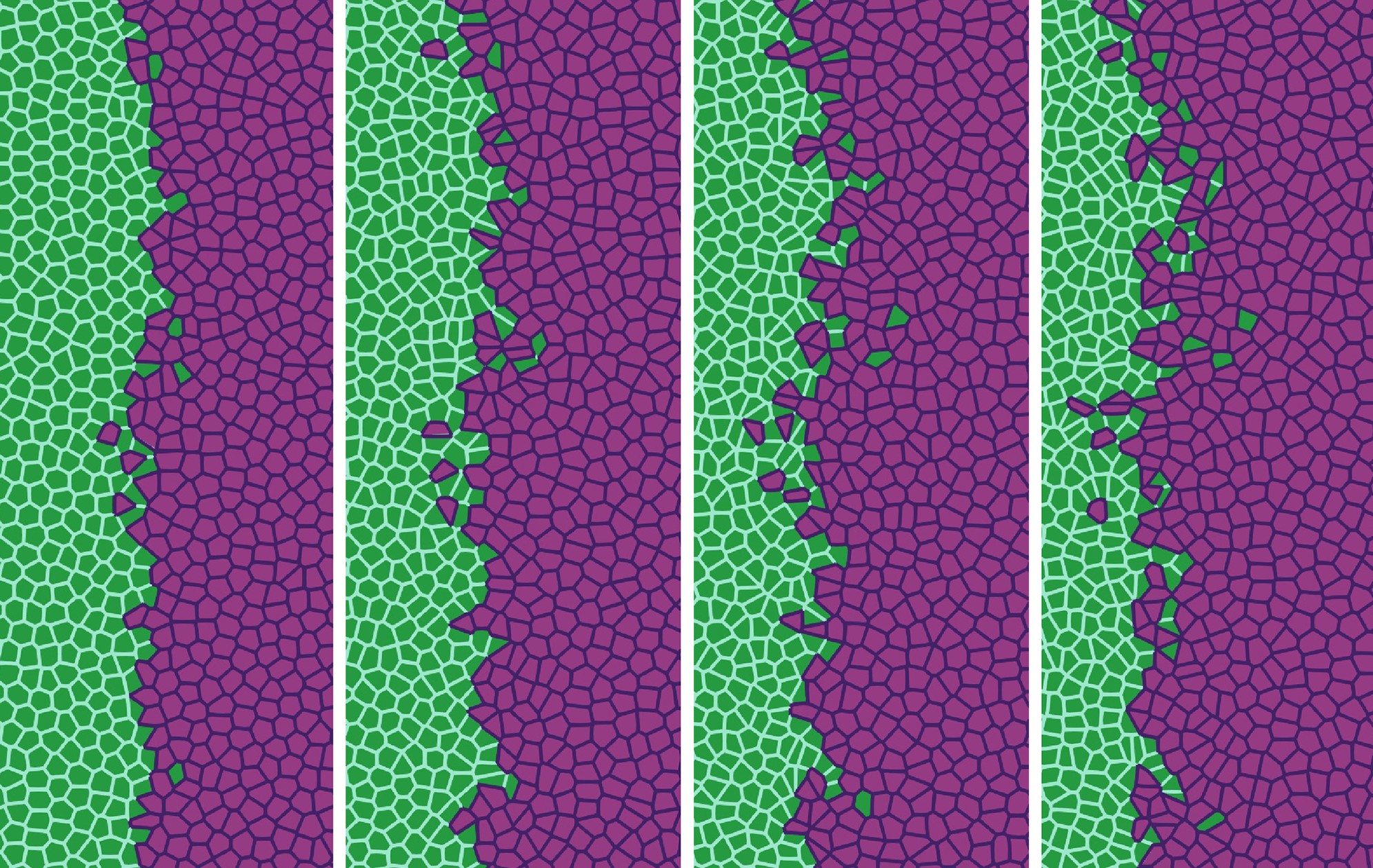 A scientific study carried out by the Universidad Carlos III de Madrid (UC3M) and the Universidad Complutense de Madrid (UCM) has produced a mathematical description of the way in which a tumor invades the epithelial cells and automatically quantifies the progression of the tumor and the remaining cell islands after its progression. The model developed by these researchers could be used to better understand the biophysical characteristics of the cells involved when developing new treatments for wound healing, organ regeneration, or cancer progression.

This research analyses the collective movement of cells in tissues, a process that, in addition to being essential in pathological developments, such as tumor invasion and metastasis, plays a central role in physiological processes, such as wound healing, embryonic development or tissue reconstruction, for example. In order to unravel the complexity of these processes, some previous scientific studies have carried out various experiments that seek to ascertain the role of certain chemical, mechanical and biological factors.

In this work, published in PLoS Computational Biology, researchers have now used a combination of mathematical modelling, numerical simulations and a topological analysis of data extracted from simulations and experiments in order to understand how cancer cells invade healthy cells. “A simplification of the early stages of cancerous metastasis is that tumor cells move as a collective and displace a group of normal cells in healthy tissue,” explain the paper’s authors, Luis L. Bonilla and Carolina Trenado, from the UC3M Department of Mathematics, and Ana Carpio, from the UCM Department of Applied Mathematics.

In order to automatically track the progression of the barrier or boundary between cancerous and normal cells, researchers have used topological data analysis techniques, which are being used for the first time in this type of study. “Based on a series of successive images from experiments, as well as numerical simulations, topological changes in the interfaces have been grouped, plotted, and classified automatically as the cancer cells progress,” note the scientists.

The techniques developed within the framework of this study can be scaled up to a larger volume of data, if these studies were to be carried out on a larger scale. In addition to this, these same techniques may be relevant in the field of tissue bioengineering to study how the biophysical characteristics of different materials affect organ and tissue regeneration.