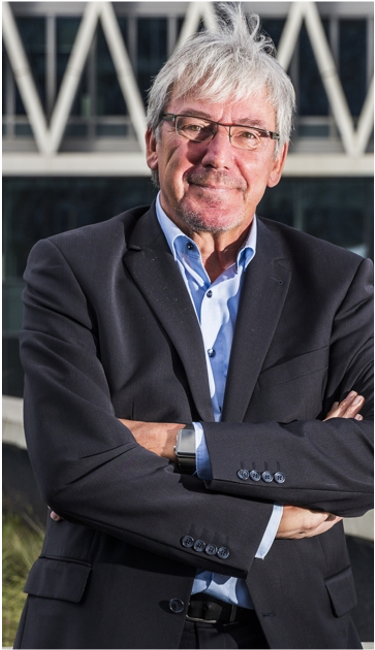 It is with immense sorrow that we have learnt that on Thursday night, Prof. Alain Verschoren, honorary rector of the University of Antwerp, died unexpectedly.

‘Without Alain, our university wouldn’t be where it is today,’ reacts rector Herman Van Goethem, Rector of Antwerp University. ‘His contribution was invaluable.’

Our dearest Alain Verschoren had a key role in the establishment of the YERUN network. Being the University of Antwerp among the YERUN founding members, he was elected one of the first members of the YERUN Executive Board, as the first YERUN Treasurer. His enthusiasm and aspiration to provide an international community to students and staff were crucial for the university to embark upon the YERUN project. At the time, our network was not yet officially established and it was only the dream of a group of rectors who realised that only by collaborating and working together with other institutions, they would have been able to provide a better learning and working environment for their universities to thrive. Alain was also the promoter of the YERUN Sport Days that have been running every year since 2017.

Alain Verschoren moved to Antwerp at a young age. He went to school at the Royal Atheneum Antwerp, and then went on to study mathematics at the RUCA (Rijksuniversitair Centrum Antwerpen). After graduating, he stayed and developed his academic career there. And with success, because in 2001 he was elected rector of the RUCA. He was to be the institution’s last rector, because in 2003 the RUCA joined forces with the UFSIA and the UIA to form the University of Antwerp that we know today. In 2008, Alain became rector of the University of Antwerp. Four years later, the mathematician was elected to a second four-year term.

‘Alain felt that Antwerp deserved a major university, and he personally did more than his share to make that happen,’ says Herman Van Goethem, who succeeded Verschoren as rector in 2016. ‘His contribution cannot be underestimated. The numbers of students doubled during his term of office. Alain put our university on the map, without a doubt. Today we are a force to be reckoned with, in every aspect.’

While policy matters took up the bulk of his time and energy, Verschoren never lost touch with the art of teaching. Every year, he would make the time to supervise mathematics students at the University of Tenerife. Spain was one of Verschoren’s passions. As was James Joyce. The former rector collected versions of Joyce’s masterpiece Ulysses in almost fifty different languages.

Alain Verschoren was 66 years old when he died in Tenerife, leaving behind a wife, two children and two grandchildren. On behalf of the entire YERUN network, the YERUN President Bernd Scholz-Reiter and the YERUN Secretary General Silvia Gomez offer their heartfelt condolences to the family and the many friends and colleagues of Alain Verschoren.

Acknowledgements: this text is based on the original article published by the University of Antwerp.