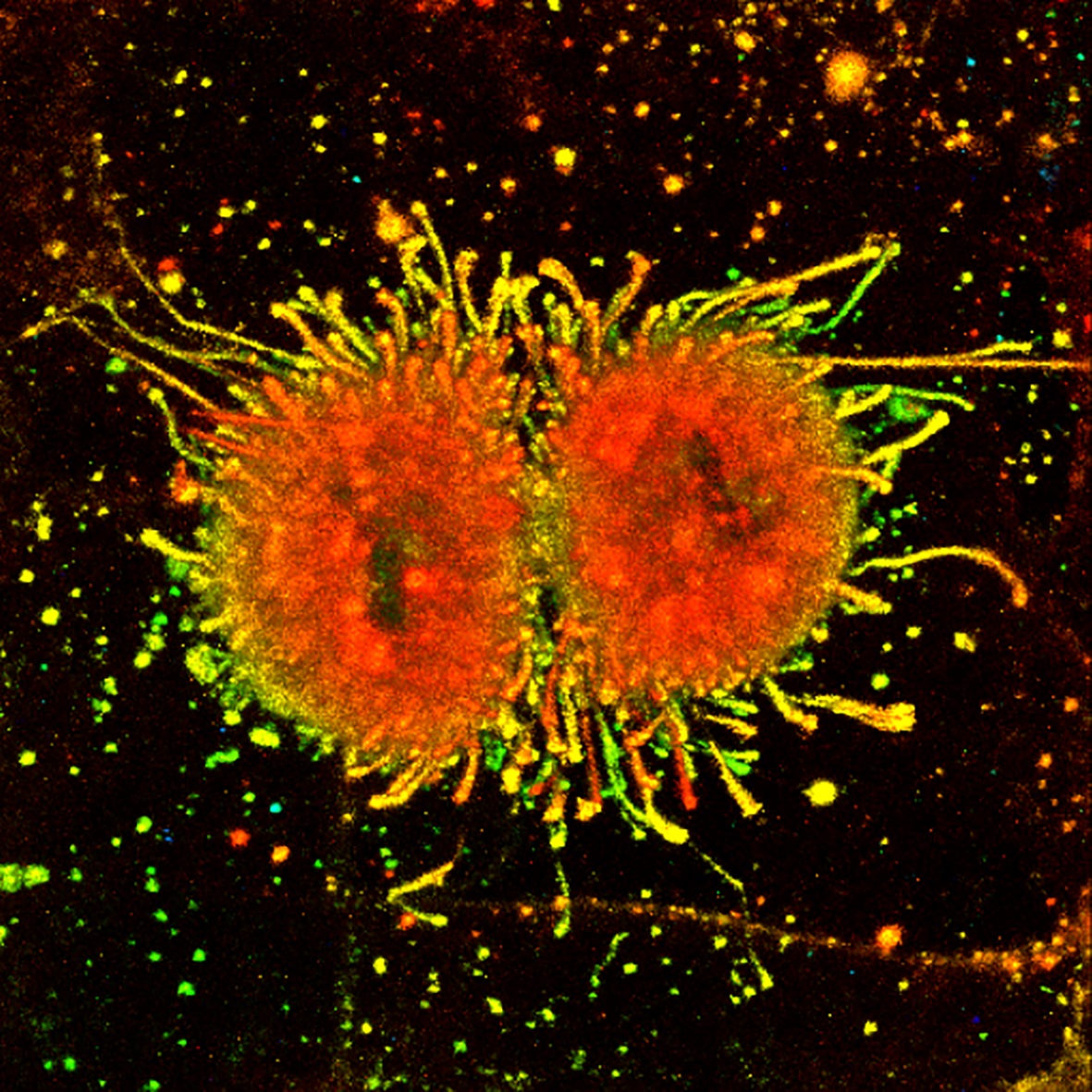 A new study from Finland sheds fresh light on how melanoma cells interact with other cells via extracellular vesicles they secrete. The researchers found that extracellular vesicles secreted by melanoma cells use the so-called hedgehog signalling pathway to intensify the malignant properties of the cells they are targeting. The discovery can help in the development of better treatment and diagnostics for melanoma.

Many of the mechanisms regulating the function of our body have remained unchanged throughout evolution. This means that the same genes regulate the development and function of all multicellular animals. One example of such gene survival is the so-called hedgehog signalling pathway. The gene family associated with this signalling pathway gets its unique name from a mutation it caused in fruit fly larvae, making them look spiky, just like a hedgehog. The most common of the three hedgehog genes found in mammals, the Sonic hedgehog gene, was aptly named after the famous video game character. In mammals, members of the hedgehog gene family are essential regulators of foetal development, but they are also associated with stem cell division in later stages of development and even in adults. Recent studies suggest that their expression is also associated with many different types of cancer, including skin cancers. Melanoma is the most severe form of skin cancer, and it is becoming more and more common.

Traditionally, signalling in the body is thought to take place via freely circulating signals, such growth factors and hormones. According to a more recent view, however, it is believed that some signals are packaged for transportation to protect them against breakage and to ensure their delivery to the correct address. Extracellular vesicles are small, bubble-like packages made of cell membrane, serving as natural carriers of signals in the body. They regulate the function of the body already during the foetal stage, via breast milk and also later in life as our tissue regenerates. Cancer cells, too, use extracellular vesicles to deliver signals and to modify their environment, making it favourable to growth. Extracellular vesicles can also be used as diverse carriers of drugs to combat diseases and to repair tissue damage – and this is why they are being studied so actively at the moment.

In the newly published study, the researchers discovered a new link between extracellular vesicles and hedgehog molecules. They found that vesicles secreted by melanoma cells intensify the malignant properties of the cells they are targeting, such as division and spreading, via the hedgehog signalling pathway. The researchers used cultured human melanoma cells and normal skin cells, confirming their findings from the cell culture by analysing tissue samples from patients with melanoma.

“It is quite a coincidence that these signal-carrying vesicles originate from cells that are also known as hedgehog cells due to their microscopically small, spike-like protrusions. These protrusions, however, don’t have anything to do with fruit fly larvae; instead, they are typically found in cells that are active in producing hyaluronan, the most common sugar molecule in the extracellular matrix,” Docent Kirsi Rilla from the University of Eastern Finland says.

“Hyaluronan also plays a key role in vesicle mediated signalling, as hyaluronan found on the surface of vesicles protruding from the cell surface facilitates their binding to the target cell.”

The hedgehog signalling pathway holds great promise as a target for drug therapy in melanoma and other cancers. The regulation mechanism now discovered by the researchers can be made use of in the development of better diagnostics and drug therapy for patients with melanoma.

Docent Rilla’s research group has been studying the biology of extracellular vesicles since 2013.