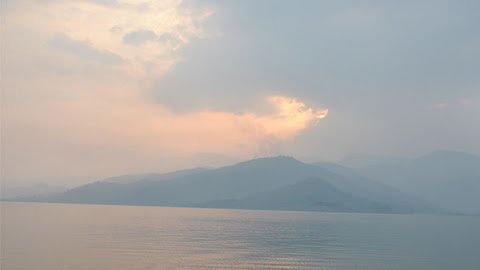 New international research with participation of the Universidad Autònoma de Barcelona (UAB) reveals the vital role that Precambrian-eon microbes may have played in two of the early Earth’s biggest mysteries: the generation of massive accumulations of iron and the staging of favorable envrionmental conditions for life under a dim sun. The study has been published in Science Advances.

University of British Columbia (UBC) researchers, and collaborators from the universities of Alberta, Tübingen, Autònoma de Barcelona (UAB) , and the Georgia Institute of Technology, found that ancestors of modern bacteria cultured from an iron-rich lake in the Democratic Republic of Congo could have been key to keeping Earth’s dimly lit, early climate warm, and in forming the world’s largest iron ore deposits (the BIF, from Banded Iron Formation) on the ocean floors, billions of years ago.

The bacteria have special chemical and physical features that in the complete absence of oxygen allow them to convert energy from sunlight into iron oxide minerals and into cellular biomass that ultimately causes the production of the potent greenhouse gas, methane, by other microbes.

“Using modern geomicrobiological techniques, we found that certain bacteria have surfaces which allow them to expel iron minerals, making it possible for them to export these minerals to the seafloor to make ore  deposits” says Katharine Thompson, lead author of the study and PhD student at UBC’s Department of Microbiology and Immunology. “Separated from their oxide mineral products, these bacteria then go on to feed other microbes that make methane. That methane is what likely kept Earth’s early atmosphere warm, even though the sun was much less brighter than today”.

The process of generating BIFs has been an enigma until now, as there are no registered fossils of cellular biomass produced during ferrous oxidation on these deposits. “We demonstrate that the ancestors of these bacteria will be able to participate in the formation of BIFs and that the excess biomass not deposited within them would have been deposited in coastal and oceanic sediments, forming organic-rich shales, and fuelling microbial methanogenesis”, says Marc Llirós, researcher at the Department of Genetics and Microbiology at the UAB.

This is a possible explanation to the ‘faint-young-sun’ paradox, originated by astronomer Carl Sagan. The paradox is that there were liquid oceans on early Earth, yet heat budgets calculated from the early Sun’s luminosity and modern atmospheric chemistry imply that Earth should have been entirely frozen. A frozen Earth would not have supported much life. A methane-rich atmosphere formed in connection to  large-scale iron ore deposits and life was initially proposed by University of Michigan atmospheric scientist James Walker in 1987. The new study provides strong physical evidence to support the theory and finds that microscale bacterial-mineral interactions were likely responsible.

“The fundamental knowledge we’re gaining from studies using modern geomicrobiological tools and techniques is transforming our view of Earth’s early history and the processes that led to a planet habitable by complex life including humans”, says senior author of the paper Dr. Sean Crowe, Canada Research Chair in Geomicrobiology and associate professor at UBC. “This knowledge of the chemical and physical processes through which bacteria interact with their surroundings can also be used to develop and design new processes for resource recovery, novel building and construction materials, and new approaches to treating diseases“.