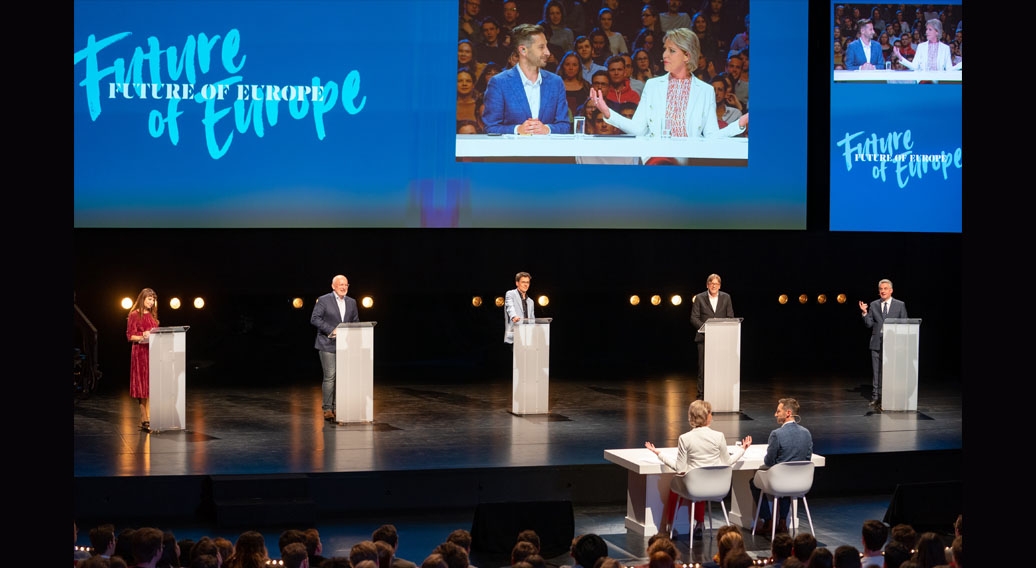 On 29 April in Maastricht, Bas Eickhout (European Green Party), Frans Timmermans (Party of European Socialists), Violeta Tomić (Party of the European Left), Guy Verhofstadt (Alliance of Liberals and Democrats for Europe) and Jan Zahradil (Alliance of Conservatives and Reformists in Europe) battled out key issues on the future of Europe. The Maastricht Debate 2019 was livestreamed by POLITICO Europe. Over 50 universities and other organisations around Europe organised debate-watching events. Straight after the debate there were 133.500 live viewers of the stream. Current number of viewers is 200.000.

In front of an audience of 500 young people and in the presence of a wide range of national and international media, the debaters answered questions along three main themes: Digital Europe, Future of Europe, and Sustainable Europe, a theme sourced by a survey conducted by Maastricht University.

The moderators, Rianne Letschert, rector of Maastricht University, and Ryan Heath, political editor at Politico, made sure that the debate kept the audience intrigued with direct and spicy questions, which had to be answered in a maximum of 1.5 minutes by each candidate.

And the winner is…

During the debate, the audience could vote for the best debater. The winner was Frans Timmermans, with Bas Eickhout as runner-up.

Did you miss the livestream?

Don’t worry, you can still watch it here. Also read what Philip Schacht, one of UM’s master’s students, had to say about the debate.

This article was originally published on here.