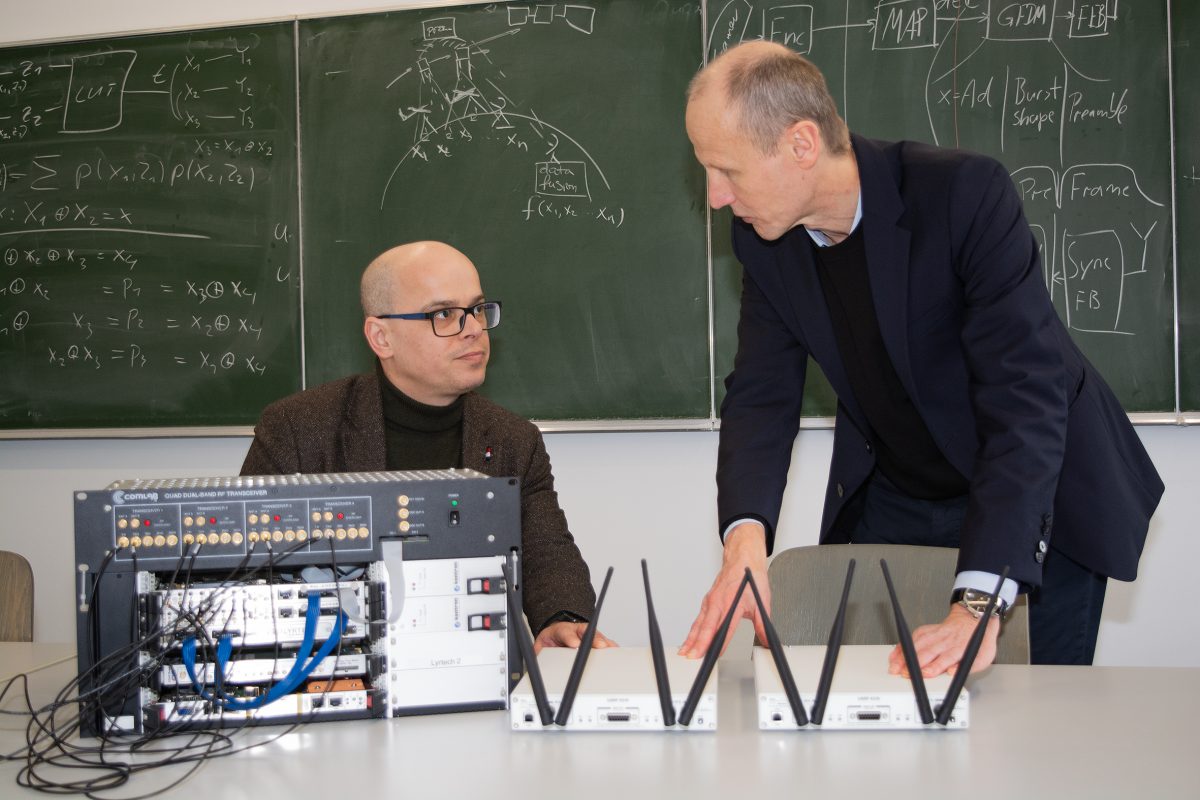 The university of Bremen is strengthening its cooperation with international experts: it has gained selected experts from all over the world for the U Bremen Excellence Chairs. These visiting professors conduct research closely with colleagues of the university.

Great materials scientist Nicola Marzari and distinguished expert for wireless communication and networks Petar Popovski have already been working at the university, while renowned social anthropologist and sociologist Shalini Randeria arrived this week: At the University of Bremen there are currently many top executives to guest The experts hold high-ranking scientific positions, lead successful research groups, and have already received numerous awards. In the future, Bremen will also benefit from their networks and expertise: with the newly established U Bremen Excellence Chairs, the experts can pursue very specific questions with special support. They will work closely with their colleagues from the University of Bremen, who nominated them for these Excellence Chairs.

“With this measure, science in Bremen and our international cooperation will receive another major boost,” says Professor Bernd Scholz-Reiter, President of the University of Bremen. “We link very successful researchers from other countries to us in scientifically highly interesting areas and intensify professional collaboration. Both sides are able to benefit from the respective networks of those involved.”

The successful “The Ocean Floor – Unexplored Interface of the Earth” Excellence Cluster from MARUM – Center for Marine Environmental Sciences at the University of Bremen, which is part of the Excellence Strategy of the German federal government and states, will also establish three marine sciences Excellence Chairs. “We have succeeded in involving internationally leading researchers in the fields of marine biogeochemistry, geomicrobiology, and the analysis of so-called ‘old’ DNA in ocean floor research,” says MARUM Director Professor Michael Schulz. “This will strengthen our cluster in a complementary way in terms of the subject and at the same time provide us with an excellent international network.”

What Are the U Bremen Excellence Chairs?

The U Bremen Excellence Chairs are financed from the so-called university lump sum with one million euros per year. The University of Bremen will receive the support as part of the Excellence Strategy of the German federal government and states from 2019 to 2025. These funds were granted to the university in addition to the successful cluster application of the MARUM – Center for Marine Environmental Sciences. The state of Bremen will increase this support by a further 500,000 euros per year. “The universities that were successful in the Excellence Cluster competition should thus also be able to develop strategically in all areas,” explains Fabian Heuel from Strategic Initiatives. “As ‘free strategic tools,’ they can be used at will. We have decided to create eight U Bremen Excellence Chairs. MARUM itself will set up three Excellence Chairs from cluster funding resources.”

The long-term guest professorships run for at least four years. They will be located in the two high-profile areas of materials science and Minds, Media, Machines (MMM), the area of remote sensing, and the “Worlds of Contradiction” research platform, which incorporates humanities, social sciences, cultural studies, and law. The visiting professors are proven experts with a high reputation at their home universities. The Excellence Chair at the University of Bremen provides them with additional research opportunities. They cooperate closely with their Bremen colleagues.

Within the framework of the U Bremen Excellence Chairs, the University of Bremen finances two junior researcher positions for each visiting professor. The Bremen research group can also be expanded and developed with other funds. The U Bremen Excellence Chairs are closely integrated into the specialized structures in Bremen and can also supervise doctoral students here.

Initially, seven Excellence Chairs were set up at the University of Bremen and the MARUM. Four more will be added later this year. The first seven chairs at a glance :

Professor Shalini Randeria, Rector of the Institute for Human Sciences in Vienna, Austria, and professor at the Graduate Institute for International and Development Studies in Geneva, Switzerland, social anthropologist and sociologist, research topic: soft authoritarianism