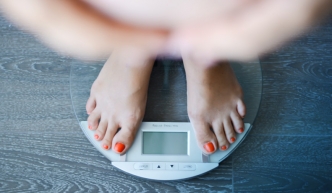 A large-scale study led by Maastricht University (UM) found that a higher body mass index (BMI) is associated with shorter telomeres, particularly in people under the age of sixty. Telomere length, measured in white blood cells, is also considered a marker for ageing. According to the researchers, an increase of five BMI units equals one biological year older. The results of the study were published in the American Journal of Clinical Nutrition.

Telomeres are the ends of chromosomes, which shorten with each cell division.  When telomeres become too short, it can lead to cell damage, disrupted cell division or even cell death. Telomere length, measured in white blood cells, is therefore considered a marker for ageing. “Think of telomeres like an old-fashioned bus card: one stamp is formed by several base pairs. We suspect that mild, chronic inflammation and oxidative stress influence the shortening speed of telomeres,” says head research Marij Gielen. “Obesity is associated with mild inflammation and may accelerate telomere shortening. This means that an obese person will have shorter telomeres than a healthy-weight person of the same calendar age.”

To test their hypothesis, the research team – led by Professor of Complex Genetics Maurice Zeegers – collected all available scientific studies and carried out a thorough analysis under the project name TELOMAAS. Ultimately, the Maastricht researchers analysed 87 different studies with data from more than 146,000 research subjects from around the world. Individual analyses were carried out for all 146,000 participants and adjusted for three age categories: ‘young’ (18-60), ‘middle’ (61-75) and ‘old’ >75). They found that a higher BMI was indeed associated with shorter telomere length in white blood cells. For all age categories, the researchers found that an increase of one BMI unit corresponded to a -4 base point difference in telomere length. This effect was nearly twice as significant in people under sixty: roughly -8 base pairs. A healthy individual has an annual decrease in telomere length of 25 base pairs. This means that an increase of five BMI units equates to roughly one additional year of biological age.