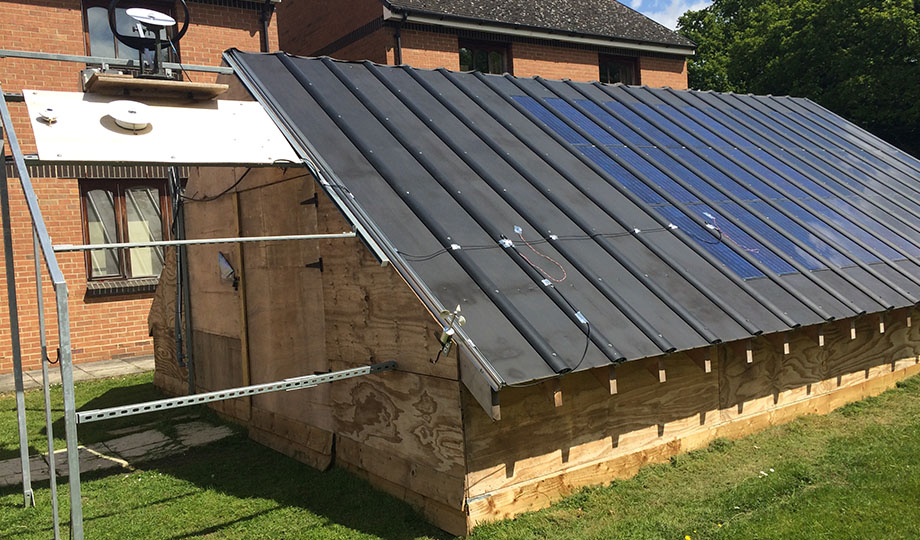 Ready-made snap-together solar panels that turn waste heat into hot water are being developed at Brunel University London in a £10 million sustainable energy scheme starting next month. With energy use in buildings predicted to double or even triple by 2050*, and most home energy used to heat water, project PVadapt promises to crack several sustainable energy problems at once.

Funded by Horizon 2020, the three and a half-year multi-disciplinary project aims to perfect a flexible solar powered renewable energy system that generates both heat from hot water and electricity.

The hybrid solar panels combine photovoltaic (PV) cells with flat heat pipes. Heat pipes transfer unwanted heat away from surfaces. They’re widely used in industry to recycle waste heat and to cool electronic devices from PCs to the International Space Station, which they stop the sun from melting. PVadapt will use heat pipes to cool the PV cells themselves to make them more efficient and longer-lasting. And the heat removed from the cooling is reused.

“With our system, there is no waste heat,” said technical co-ordinator, Professor Hussam Jouhara, who invented the multifunctional Flat Heat Pipe and whose leading role will bring Brunel £816,000.

PVadapt is a team effort involving 18 organisations from 11 different countries. It will see click-in-place hybrid solar roofing panels installed into eight buildings such as homes, offices and shops in Spain, Greece, Austria and Portugal.

Professor Jouhara and the Brunel team will combine all the different technologies into a prefabricated building integrated photovoltaic (BIPV) energy and thermal storage system of the future. The £260-a-square-metre panels could be used in social housing, public buildings and offices and even in developing countries and off-grid. And the prefab parts that only need snapping together on site mean buildings using PVadapt technology can go up very quickly.

A surprising problem the hybrid system solves is that the more sunlight solar PV panels suck up and the hotter they get, the less efficient they are at converting energy. That means the sunnier it is, the more energy they produce, but less is converted into electricity. Heat pipes use that snag to their advantage and whisk away that generated heat and use it to produce the building’s hot water.

“It needs an engineered approach,” said Professor Jouhara. “Our solar panels are PV coated for the most southerly-facing aspect of the roof and are designed to clip together as a weather-tight roof as simply as clicking together Lego or laminate flooring.”