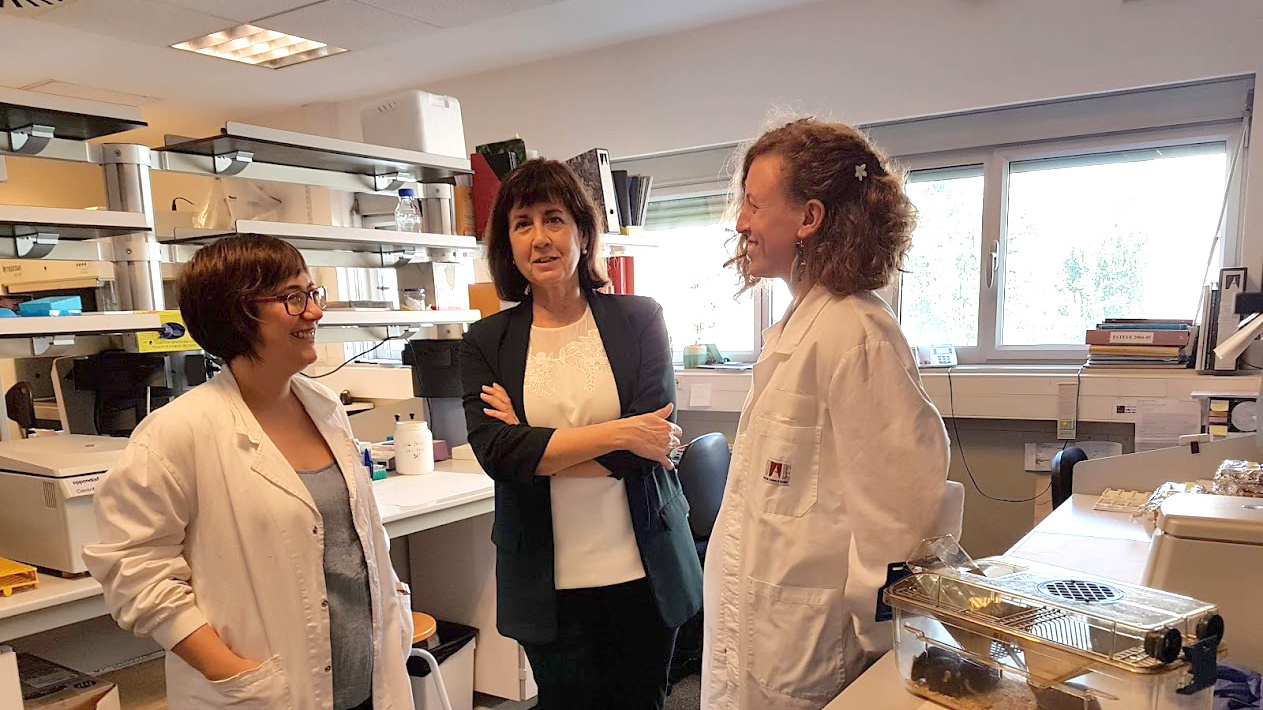 A single administration of a therapeutic vector in mouse models cures type 2 diabetes and obesity in the absence of long-term side effects. In healthy mice, the therapy prevents age-associated weight gain and insulin resistance and promotes healthy ageing. The research constitutes the basis to support the future clinical translation of a gene therapy for these metabolic diseases in humans and is published today in EMBO Molecular Medicine.

A research team from the UAB led by Professor Fatima Bosch has managed to cure obesity and type 2 diabetes in mice using gene therapy.

A single administration of an adeno-associated viral vector (AAV) carrying the FGF21 (Fibroblast Growth Factor 21) gene, resulted in genetic manipulation of the liver, adipose tissue or skeletal muscle to continuously produce the FGF21 protein. This protein is a hormone secreted naturally by several organs that acts on many tissues for the maintenance of correct energy metabolism. By inducing FGF21 production through gene therapy the animal lost weight and decreased insulin resistance, which causes the development of type 2 diabetes.

The therapy has been tested successfully in two different mouse models of obesity, induced either by diet or genetic mutations. In addition, the authors observed that when administered to healthy mice, the gene therapy promoted healthy ageing and prevented age-associated weight gain and insulin resistance.

After treatment with AAV-FGF21, mice lost weight and reduced fat accumulation and inflammation in adipose tissue; fat content (steatosis), inflammation and fibrosis of the liver were also reversed; this led to an increase in insulin sensitivity and in healthy ageing, without any adverse side effects.

The results have been reproduced after genetic manipulation of three different tissues (liver, adipose tissue or skeletal muscle) to produce the FGF21 protein. “This gives a great flexibility to the therapy, since it allows to select each time the most appropriate tissue, and in case some complication prevents manipulating any of the tissues, it can be applied to any of the others. When a tissue produces FGF21 protein and secretes it into the bloodstream, it will be distributed throughout the body”, states the director of the study Dr. Fatima Bosch.

The results also reveal that the administration of the gene therapy protected against the risk of tumor formation in the liver in response to a hypercaloric diet for a prolonged period of time.

The native FGF21 protein has a short half-life when administered using conventional procedures. For this reason, the pharmaceutical industry has developed FGF21 analogues/mimetics and has already conducted clinical trials. FGF21 analogues/mimetics, however, require periodic administration to mediate clinical benefits, but may raise immunological issues associated to the administration of exogenous proteins. The gene therapy vectors used by Dr. Bosch’s team, however, induce the mice to produce for many years the same FGF21 hormone naturally produced by the body, after a single administration and without any adverse effects.

“The therapy described in this study constitutes the basis for the future clinical translation of FGF21 gene transfer to treat type 2 diabetes, obesity and related comorbidities”, Dr Bosch concludes.

The results of the research are published in EMBO Molecular Medicine. The study was conducted by researchers from the Centre for Animal Biology and Gene Therapy (CBATEG), the Departments of Biochemistry and Molecular Biology and of Animal Health and Anatomy of the Universitat Autònoma de Barcelona, and from the CIBER de Diabetes y Enfermedades Metabólicas Asociadas (CIBERDEM).